Lunar eclipses occur when Earth’s shadow blocks the sun’s light, which otherwise reflects off the moon. There are three types — total, partial and penumbral — with the most dramatic being a total lunar eclipse, in which Earth’s shadow completely covers the moon.

Throughout history, eclipses have inspired awe and even fear, especially when total lunar eclipses turned the moon blood-red, an effect that terrified people who had no understanding of what causes an eclipse and therefore blamed the events on this god or that. Below, you’ll find the science and history of lunar eclipses, learn how they work, and see a list of the next ones on tap. 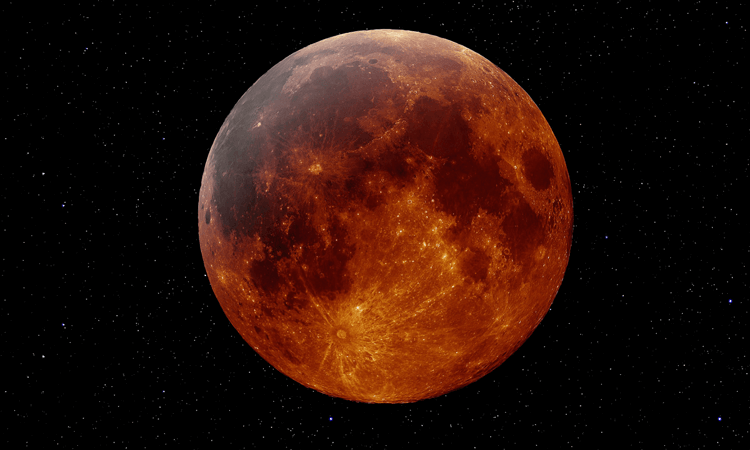 When is the next lunar eclipse?

Here is a schedule of upcoming lunar eclipses:

What is a lunar eclipse?

Because the moon’s orbit around Earth lies in a slightly different plane than Earth’s orbit around the sun, perfect alignment for an eclipse doesn’t occur at every full moon. A total lunar eclipse develops over time, typically a couple hours for the whole event. Here’s how it works: Earth casts two shadows that fall on the moon during a lunar eclipse: The umbra is a full, dark shadow. The penumbra is a partial outer shadow. The moon passes through these shadows in stages. The initial and final stages — when the moon is in the penumbral shadow — are not so noticeable, so the best part of an eclipse is during the middle of the event, when the moon is in the umbral shadow.

Total eclipses are a freak of cosmic happenstance. Ever since the moon formed, about 4.5 billion years ago, it has been inching away from our planet (by about 1.6 inches, or 4 centimeters per year). The setup right now is perfect: the moon is at the perfect distance for Earth’s shadow to cover the moon totally, but just barely. Billions of years from now, that won’t be the case.

Total lunar eclipse: Earth’s full (umbral) shadow falls on the moon. The moon won’t completely disappear, but it will be cast in an eerie darkness that makes it easy to miss if you were not looking for the eclipse. Some sunlight passing through Earth’s atmosphere is scattered and refracted, or bent, and refocused on the moon, giving it a dim glow even during totality. If you were standing on the moon, looking back at the sun, you’d see the black disk of Earth blocking the entire sun, but you’d also see a ring of reflected light glowing around the edges of Earth — that’s the light that falls on the moon during a total lunar eclipse.

Partial lunar eclipse: Some eclipses are only partial. But even a total lunar eclipse goes through a partial phase on either side of totality. During the partial phase, the sun, Earth and moon are not quite perfectly aligned, and Earth’s shadow appears to take a bite out of the moon.

Penumbral lunar eclipse: This is the least interesting type of eclipse, because the moon is in Earth’s faint outer (penumbral) shadow. Unless you’re a seasoned skywatcher, you likely won’t notice the effect.